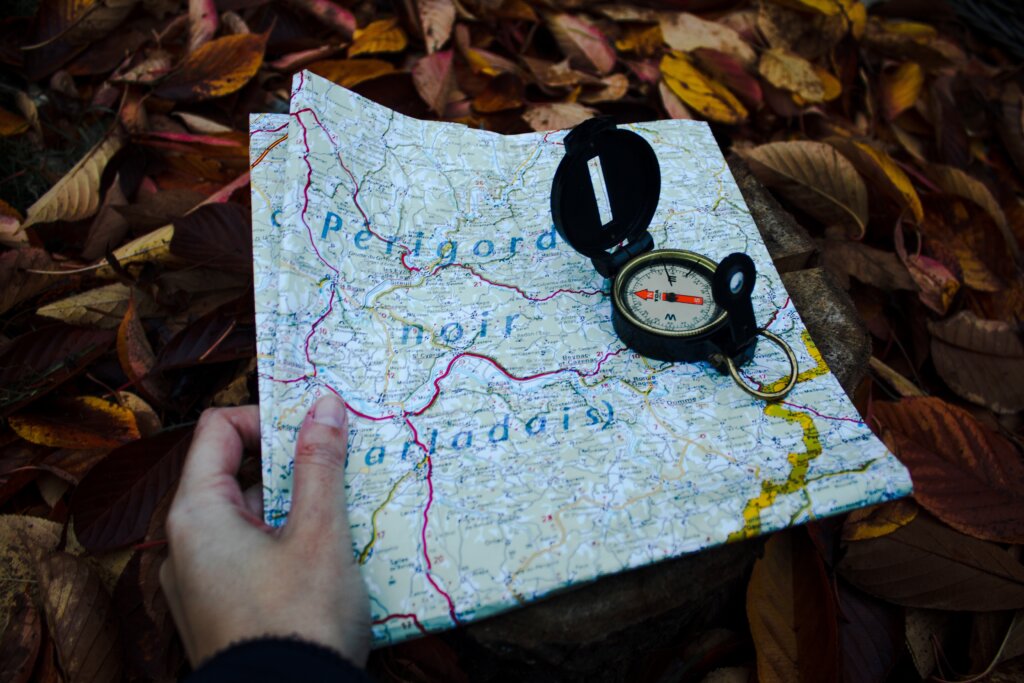 Earlier this week, I read Seth Godin’s blog on the map and the compass. If you’re not reading Seth, then I highly recommend you take a moment to go and read some of his blog posts. He’s a brilliant thinker, and I enjoy reading what he writes.

In his blog, Seth shares a story from the writer Steven Pressfield, about a Ghurka soldier who escaped from a Japanese prison during World War II. Here’s the story:

A Gurkha rifleman escaped from a Japanese prison in south Burma and walked six hundred miles alone through the jungles to freedom. The journey took him five months, but he never asked the way and he never lost the way. For one thing he could not speak Burmese and for another he regarded all Burmese as traitors. He used a map and when he reached India he showed it to the Intelligence officers, who wanted to know all about his odyssey. Marked in pencil were all the turns he had taken, all the roads and trail forks he has passed, all the rivers he had crossed. It had served him well, that map. The Intelligence officers did not find it so useful. It was a street map of London.

That’s such a great story, and it flows so well with something my friend, Carly Fiorina, wrote about the importance of the path over the plan. Between Carly’s blog, and Seth’s blog, and Steven’s blog, I’ve been thinking a bit about paths and maps and what those mean for a leader.

At this time of year, these kinds of themes run rampant, as graduation ceremonies are just around the corner and everyone is looking for a way to inspire the next generation. And if I had to offer a word for upcoming graduates, I think it would be this:

Sometimes, maps aren’t as much help as we think.

One of the funniest things about me is that I love systems but crave options. It’s a paradox I face daily—I want flexibility and a disciplined way to use it.

That’s because one of a leader’s greatest tools is choice.

It can be a burden, sure, but the ability to choose one option over another is an incredible resource for any leader.

This is kind of an obvious statement, but it’s one that many leaders miss. While it’s tempting to chase the feeling of certainty that comes from having one definitive answer, there’s greater wisdom in exploring other options. If nothing else, looking at other options helps clarify that the one you’re choosing is clearly the best.

It’s one thing to have routines, it’s another thing for life to be routine. Options open up new and unexplored avenues that keep life from becoming boring.

Of all the reasons for a leader to crave options, this is one of the biggest. Options push you to do things you wouldn’t ordinarily do because they provide you with choices you might not otherwise consider. Growth comes when we intentionally choose to stretch ourselves beyond our comfort zones and moving beyond the familiar requires something other than what’s familiar.

When I was a young leader, one of my assistants, Eileen Beavers, gave me a book titled, The Greatest Story Ever Told. I love reading, so I was excited to open the book and see where it would take me—but the pages were all blank. If I wanted to know what the greatest story ever told would be, I would have to live it and then fill in those empty pages.

Whether you’re a graduate, a leader who’s stuck, or a leader just trying to get that much better, there’s still a lot of time to write your greatest story. But to make it memorable, to make it truly great, you can’t use someone else’s map. You can’t follow someone else’s prescription for success.

You must choose your own path. And then follow it intentionally.

I hope you do.