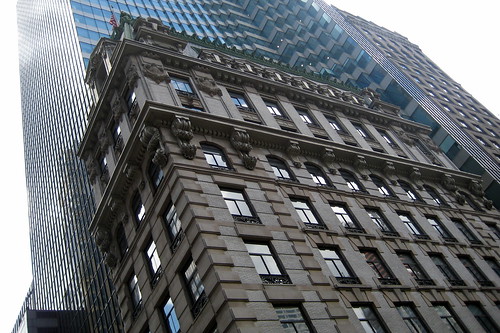 With the economy in its current state, it seems like every time we turn around, a new crisis appears. Bank failures, home foreclosures, business ventures reluctantly abandoned. In times like these, good leadership is especially critical.

I recently addressed this in a session for the Maximum Impact program, which will be available in October. One of the things I talked about was decision-making during a crisis. Here are the top five types of tough choices good leaders make during tough times:

1.  Courageous decisions. What must be done?

Crises usually prompt an organization to narrow its focus. Leaders have to make those calls. That requires courage when others have a lot invested in what will be eliminated. A leader has to be willing to stand up to all competing agendas and do what must be done.

2.  Priority decisions. What must be done first?

The Italian economist Vilfredo Pareto once said, “If you’re Noah, and your ark is about to sink, look for the elephants first, because you can throw over a bunch of cats and dogs and squirrels and everything else that is just a small animal – and your ark will keep sinking. But if you can find one elephant to get overboard, you’re in much better shape.”

If you’re a leader, identify your elephants.

3.  Change decisions. What must be done differently?

Even ideas that would have worked well a month earlier may be useless in an emergency. Leaders know when it’s time to make a change. I’ve said it before and I’ll say it again: When the horse is dead, DISMOUNT.

4.  Creative decisions. What are my options?

You probably know how this saying ends:

When the old methods aren’t working to solve the crisis, they need to be questioned. Think outside of the box. Get every option out on the table. A good leader will be open-minded and explore all options on the spectrum between “change nothing” and “change everything.” The right choice usually lies somewhere in the middle.

5.  Support decisions. Who can help me?

Leaders are responsible for having the right people on the team and making sure they are in the right places. In their book, The Wisdom of Teams, Jon R. Katzenbach and Douglas K. Smith write,

Leaders are not MADE in a crisis. Leaders are REVEALED in a crisis. It’s easy to steer a ship in calm waters. Only the turbulence of a storm shows a captain’s true skill.

If your organization is facing a storm, take the wheel and make the decisions that only a leader can make.

Be the first to comment on "Crises call for critical choices"