Mark Cole: The IF Factor 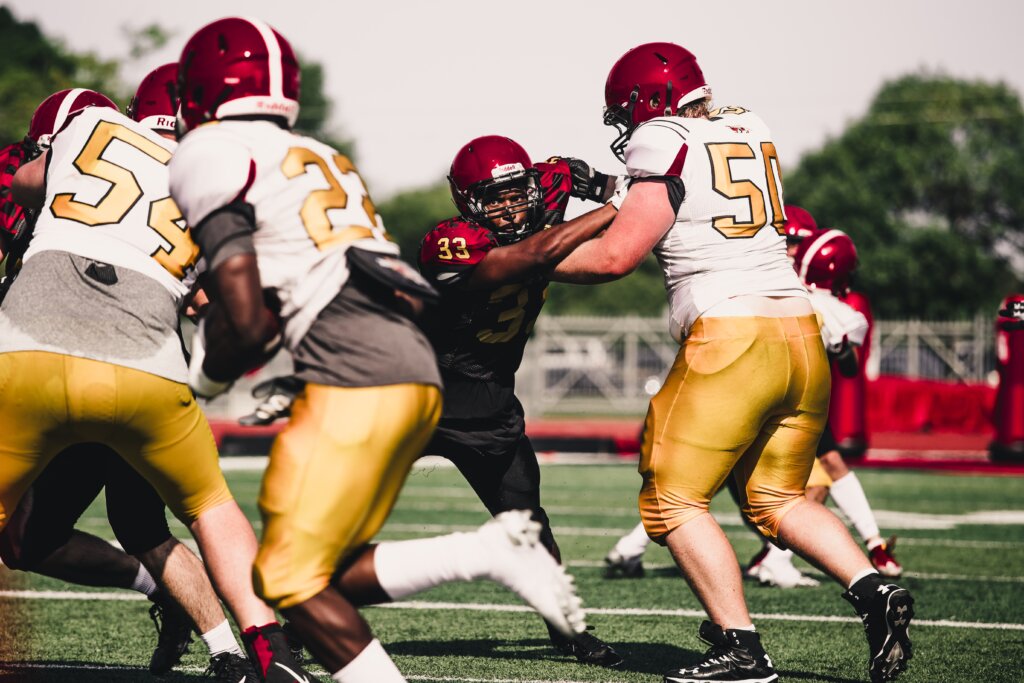 Challenges, setbacks, disappointment, criticism – you won’t be able to avoid these for long.

The most important question is how will you respond to adversity?

If there is anyone with reason enough to respond to his circumstances with a negative attitude, it’s Rob Mendez. Rob was born with what they call tetra-amelia syndrome, a rare disorder that prevents the formation of limbs during embryonic development.

Rob has lived for 31 years without arms and without legs. He gets around in a motorized chair that he controls with his head. There are very few things that he is able to do without assistance.

From the moment he was born, his circumstances have been screaming, “You can’t!”

And his favorite response to those circumstances – “Who says I can’t? Nobody!”

Rob is currently living out his lifelong dream as a head football coach in California. Despite never throwing or catching a ball, despite never tackling anyone or running down a sideline, Rob is helping others realize their potential on the football field.

Earlier this week, Rob was awarded the Jimmy V Award for Perseverance at the ESPY’s. I was inspired as I listened to Rob share this powerful statement in his acceptance speech: “If you focus on what you can do instead of what you can’t do, you really can go places in this world.”

Challenges may look different to all of us. All the little things that we take for granted aren’t so little for Rob. But what matters is how he responds to the adversity.

John Maxwell calls this the IF Factor.

Adversity will create advantages for you, it will make you stronger than you were before, it will even become a catalyst for your growth, IF you choose the right attitude when facing it.

The amount of success you experience as a leader will be determined by the IF Factor. Today I want to share three IFs about adversity:

1. Adversity introduces us to ourselves IF we want to know ourselves.

James Allen has a great quote in one of John Maxwell’s favorite books As a Man Thinketh, “Circumstance does not make the man; it reveals him to himself.” This can only be true IF you allow it to be true.

Knowing yourself is vital to the success of any leader. But it takes courage to look down into the depths of who you are. Many leaders don’t want to be introduced to their true selves. Instead they build walls, flee the scene, or just simply ignore what they see in order to avoid dealing with reality. Adversity urges you to do just that—deal with reality.

2. Adversity is a better teacher than success IF we want to learn from adversity.

Philosopher and author Emmet Fox said, “The only real tragedy comes when we suffer without learning the lesson.” The key to avoiding this “real tragedy” is wanting to learn from your adversity!

John Maxwell says it this way: “It requires the right mindset and a deliberate intention to find the lesson in the loss.” With the right attitude, adversity will become your greatest teacher.

3. Adversity opens doors for new opportunities IF we want to learn from adversity.

It’s easy to let adversity get you down. In fact, I believe this is a natural response for us all. But I want to encourage you to look for the opportunity in the adversity instead.

Successful leaders believe that every adversity brings along with it an advantage. They believe there is always opportunity on the other side. Look at these companies and products that were launched during difficult recessions: Boeing’s 707 airliner in 1957, FedEx in 1973, Microsoft’s MS-DOS in 1981, Apple’s iPod in 2001—the list goes on.

Adversity comes to everyone, but you get to choose how it impacts you.

IF we respond with a positive attitude to adversity, there is a much higher probability of a positive outcome. IF we respond negatively however, the outcome will most likely be negative.

Face adversity head on and allow it to become your greatest asset. Take up the battle cry of Rob Mendez:

5 thoughts on "Mark Cole: The IF Factor"