3 Insights Learned in Relentless Pursuit of a Dream

In the year 2007, I had the opportunity to have lunch with a billionaire – with a B – Peter Daniels. At this table, I was sitting around some very successful people, some great business people and some Hall of Fame athletes – and we had the opportunity to ask Peter some questions. I couldn’t wait for my turn to come around. When it finally came around to me, I asked, “What’s the one thing that would make the greatest difference in my life that I can start to do today?”

The answer he gave me would end up changing my life.

How to Foster a Commitment that Brings Results

Without any hesitation, Peter said, “Read.”

I was looking for something a little bit more in-depth. I wanted something juicier than that. But before I could reply, he said, “Chris, read. I attribute my billions of dollars to reading over 5,000 books in my lifetime. Anything that you want to do has been done by someone, and they’ve written about it.”

And he added, “Focus on biographies, because biographies help you input into your mind the thoughts of overcoming insurmountable odds. What you’ll find in biographies are average people who had an above average pursuit of their goal, dream, or vision, and you’ll see how they overcame those odds. Build up that muscle in your mind of overcoming odds.”

So I began to read books. I also listened to audio content. I would watch every biographical film that I could possibly find. I wanted to build it up in my mind. I saw that successful people were relentless in the chase of their goal.

It was a long journey from that lunch table to now. But today, I serve as the Executive Vice President of Maxwell Leadership Certified Team. And I realized that goal by paying close attention to three key insights I gained in my pursuit.

My pursuit of my dream began in the basement of a church. They were offering a course on the 21 Irrefutable Laws of Leadership by John Maxwell. I was a sales manager at the time, and I wanted to get promoted on the job, so I knew that I had to step out and do something beyond what I was used to doing. It was just a classic tube television set and a VHS player, but I was ready to learn.

I went inside that classroom every single week and took notes, and then brought that back into the workplace to apply. I would learn a little bit, then do a little bit. I didn’t want to learn, learn, learn, learn, and procrastinate, and let my learning become a hurdle to my doing. The more I implemented, the more I learned that success loves application.

Lo and behold, I got promoted on the job, and I began to fall in love with personal growth and development.

That course was so good that I took every single John Maxwell course that church offered over the course of the year. After going through them all, the church staff invited me to become a facilitator.

“What does a facilitator do?” I asked.

They told me, “Press play when you come in and turn the lights off when you’re done.”

It might not sound like a big deal, but it put me in a place where I was re-learning. I had gone through the material before, but I was hearing it with new ears. The most dangerous words in the world, I learned, are “I’ve heard that before.” When I found myself tempted to say them, I just asked myself, “How well do I do that?” And that kept me oriented toward growth rather than complacency.

With re-learning came re-applying, and with re-applying came greater results. I continued to get promoted up to the fifth-highest-ranking position in that company and helped grow it from a team of 18 employees when I started there to more than 800 over six years. These were the fruits of my personal growth and development success.

BE BETTER, NOT BITTER.

After years of pursuing more and better, I got an email from the John Maxwell organization. They were offering a half-day training with John Maxwell in Tampa, Florida, for $500 – not including airfare and hotel. But I decided I was worth it, because my dream was worth it. I even talked a couple of the other sales managers into coming down with me.

When we got inside the classroom, the setup was for about 12 people. I thought, “For $500, this is exclusive!” I got my pen and notepad out, and a gentleman walked onstage. I assumed he was introducing John. But the longer he was there, the more I realized John wasn’t coming. This was a facilitated course.

At that moment, I had a choice. I could be bitter; I could get fed up and closed off to other opportunities down the road. Or I could be better. I could make the most of what I had come for.

And by the end, I realized I wanted to do what he was doing. I wanted to stand in front of people and show them how to grow. Not long after, I saw a tweet from John about an opportunity to become that speaker through a life coach certification. I was still interested, invested, because I had made my decision. I had chosen my dream.

That tweet turned into a fully-fledged career in personal growth and development – and I’m grateful I chose “better.”

Are you pursuing a personal growth and development dream of your own?

Maxwell Leadership was founded to empower passionate people to become impactful personal growth professionals and successful business leaders. Learn how the Maxwell Leadership Certified Team can empower you, too.

The Difference Between Managing and Leading

3 Ways to Develop Your Influence as a Coach 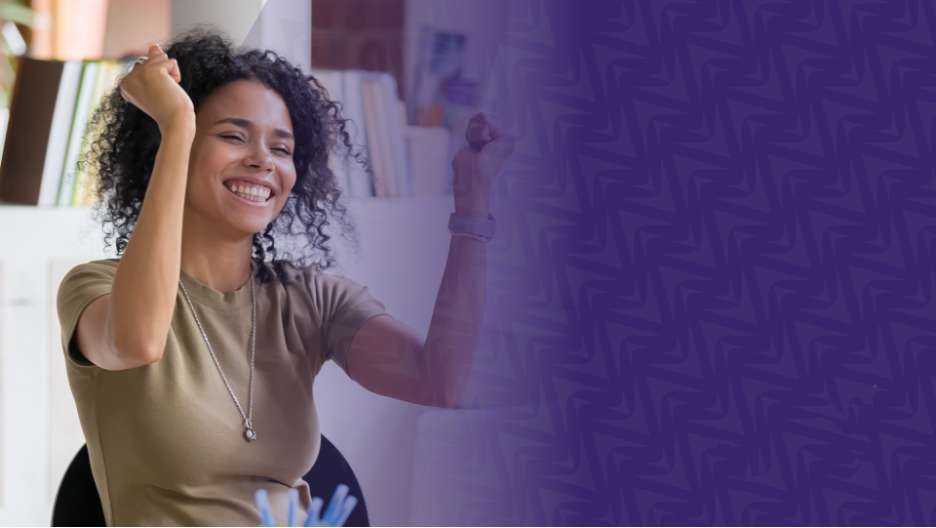 Leadership Coaching – 4 Inspiring Ways to Regain and Maintain Your Motivation