The Huddle – A Leadership Lesson From Football

We are in the throes of 2022’s football season!

Fans all over the country have been pouring into stadiums and crowding around their TVs to root for their favorite teams. At one point nearly 30 million of us were tuning in at the same time to watch the spectacle. Football isn’t just a game; football is a cultural landmark.

And I’ve got to wonder, what else sets football apart from other major team sports?

I believe that there is one transformative activity that sets football apart from the rest: the huddle.

Only in football does the team meet every 40 seconds to plot their next attack. They gather to check the game plan. In a few, brief seconds, players look each other in the eye and their leader, the quarterback, takes signals from the sideline and provides instructions so they can execute the plan together. This is the huddle.

In a huddle there’s no time for conversation, deep reflection or discussion. It is time to devise a strategy, get to the line, make a read, alter the play and then execute.

In fact, many businesses have adopted the concept of the huddle. Business consultant Donavan Roberson wrote in his blog, “The huddle is a key element…that speaks to the importance of the team by communicating vision, providing clarity and demonstrating unity.”

So let’s talk about huddles in the business world. I don’t mean large team meetings over a period of time spent recreating the business’ marketing strategy. I’m talking about peer-to-peer discussions, usually no more than 15 to 30 minutes daily or weekly. Supervisors participate, but don’t run the show—these huddles are designed to support a self-directing, self-correcting workforce.

These huddles will look different based on team and department. But no matter what type of huddle, it serves several purposes:

When you’re in a huddle you’re a part of the team. First and foremost, the huddle provides direct, personal, eye-to-eye contact. It is a simple, yet powerful way to unite a group of people.

At a growing company, huddles are an effective way for people to get to know each other better. The team will come to feel that they have support from their colleagues and a place to take their concerns.

The only reason for a huddle is to take action. Huddles are useless if not acted upon. John Maxwell often says, “We aren’t getting together to get together.” Well done is better than well said!

At the end of a huddle, action items are identified and delegated. Each person on the team should leave knowing his or her role and how to follow through with it.

The huddle can be used as a place to affirm and celebrate team members. At one retail store group I visited, team leaders give a shout-out to any teammate who gets a heartfelt thank you from a customer by ringing a bell.

There’s a direct link between employee satisfaction and customer loyalty. Employees become advocates only when they feel that they have the autonomy to learn and grow and that their company really cares about their perspective as well as the customers. A huddle reinforces that commitment.

4. TO GIVE AND RECEIVE HELP.

Huddles help team members to work together rather than separately. People talk about issues that they have been struggling with and compare notes about possible solutions. They commit to making improvements and holding each other accountable for taking action.

Much like calling an audible in a football game, team members can make adjustments in a huddle. I’ve seen it many times in my own team—someone came in with a fresh perspective that changed the original game plan. But because we came together in the huddle, everyone walked away with a clear understanding of the new plan.

It is important for any team to be able to prepare for what is ahead and make adjustments accordingly. John Maxwell wisely says, “We are either preparing or repairing.”

Huddles give teams a chance to identify issues that require attention of another function or level of the organization. The supervisor’s job isn’t to defend the policy, it is to channel concerns and suggestions like these to the leaders who can make the necessary decisions.

Quarterback Tom Brady is a master at reading the defense and changing the play before the opponent can adjust. But it wasn’t until I really began to study his team’s system that I understood how they do this so effectively.

In the huddle, Tom Brady delivers 2 or 3 options to the team before they go to the line of scrimmage. That way the team is prepared to respond if the play needs to be changed. And time and time again, they’ve found success because of the clarity that was established in the huddle.

Successful huddles require practice and experience. But when done effectively, the huddle is a powerful tool for any team.

Will you take the huddle concept and apply it to your family, work or team? If you do, I believe you will see great success on the scoreboard as well!

Are you playing the game of corporate leadership?

5 Areas of Personal Growth Where You Should Be the Expert 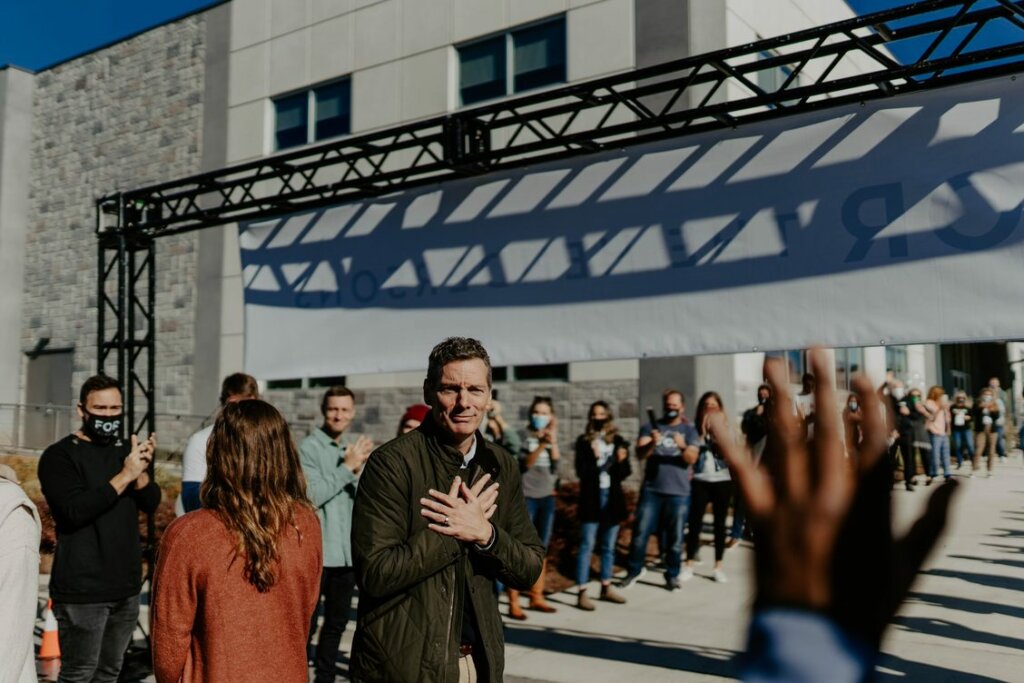