The Most Important Leadership Week of My Life 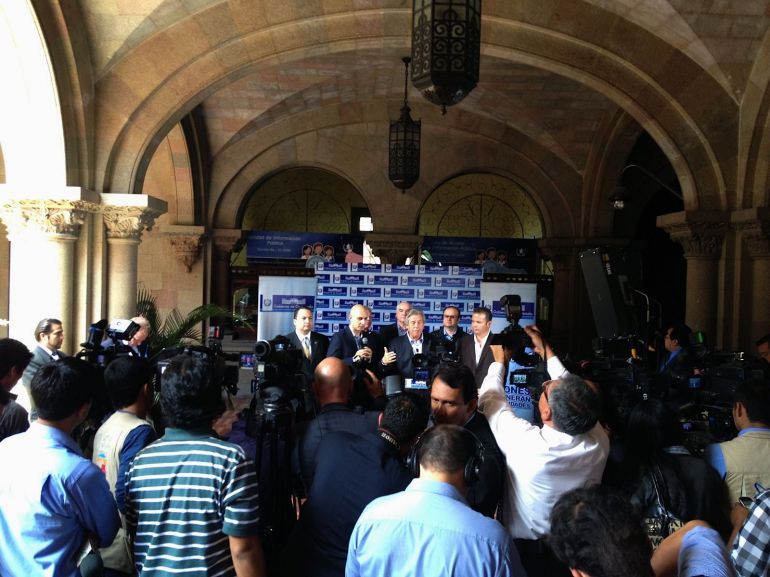 Last Sunday, I returned home from the most important leadership week of my life. It was spent in Guatemala, June 9-16, where I was privileged to witness and participate in life transformation on an international scale.

We were in Guatemala as part of my nonprofit organization EQUIP’s Global Transformation initiative. This effort was begun last year with the goal of transforming a nation by equipping people in its seven streams of influence: business, government, education, the church, family, media, and the arts. We were excited to focus our initial efforts in Guatemala.

I’m still amazed at all the ways we were able to make an impact. Through a partnership with an organization called Guatemala Próspera, we were given access to many different leaders and influencers. Between this trip and a previous visit in January, I was privileged to speak to the president of Guatemala, the nation’s top business leaders, the leader of the Mayan nation, top church leaders, the media, 5,000 social activists, the secretary of education, the secretary of the interior, the director of social security, and even the archbishop of the Catholic church.

Last week specifically, I taught leadership to the top 500 leaders in the office of Social Security. I was also privileged to teach The 5 Levels of Leadership to the generals and other top military officers at Guatemala’s “West Point.” And I was asked by Guatemala’s president to speak to all of the nation’s cabinet members at the Interior Department’s Security, Justice, and Peace conference. The president even asked me to participate in the Ceremony for the Changing of the White Rose of Peace, an honor given only to those who have contributed to the culture of peace in Guatemala.

With those opportunities, I did my best to communicate leadership truths that would empower the attenders to transform their community. And I’m grateful for the chance to personally connect with thousands of Guatemalans in that way.

However, I’m much more grateful for the other thing that happened in Guatemala last week. The main part of the initiative involved equipping Guatemalans to influence and empower their own communities. And this happened through some amazing people: 150 of my John Maxwell Team coaches, who traveled there at their own expense.

For two days, the coaches received training in conducting and teaching roundtables on the subject of values. Roundtables would consist of groups of four to ten people who would meet to talk about a value (such as honesty), then examine their own character and commit to take an action step toward genuine change.

The coaches also spent a day learning how to work with a translator. Then they spread out over Guatemala City for the next three days, teaching roundtables to influencers in businesses, government offices, military installations, financial institutions, churches, and more.

In only three days, those 150 coaches trained more than 20,000 Guatemalans, each of whom had committed to take others through a 30-week roundtable.  And all the coaches came back with great stories of how people were already being impacted even by the training.

Many leaders in Guatemala have already started to meet in roundtables. And before the end of the year, between 100,000 and 200,000 people will grow using roundtables that teach values.

I am so grateful to my friends and teammates at EQUIP, The John Maxwell Company, and Guatemala Próspera who organized the initiative. I’m thankful to Jerry Anderson and La Red for introducing us to roundtables. I’m thankful for The John Maxwell Team and the 150 coaches who accepted the invitation to make a life-changing trip to Central America. And I’m grateful to the beautiful people of Guatemala, who were so warm and receptive to all of us.  We hope we have helped to change your lives. We know you have changed ours.