The Ten Commandments of Handling Conflict 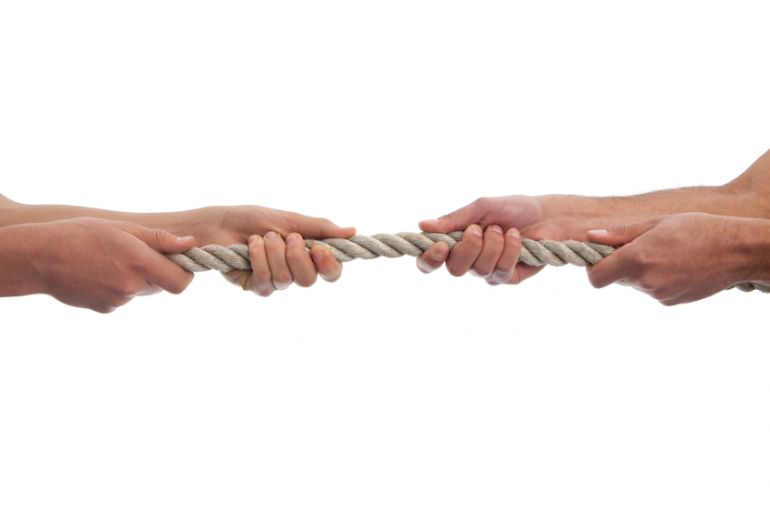 Charlie Brown had a point: relationships with other human beings are wonderful – in theory. In reality, they can be difficult and messy. But nothing determines our success in life as much as our ability to work with other people.

And nothing is more messy in relationships than dealing with conflict. But I believe there are both constructive and destructive ways to approach it. Here are my top ten responses:

1. Obey the 101% Principle.
What’s that? “Find the 1% that you agree on and give it 100% of your effort.”
Writer Cullen Hightower said, “There’s too much said for the sake of argument and too little said for the sake of agreement.” The first and best response when conflict emerges in a relationship is to actively search for the areas where you already agree. It’s the quickest way to start moving the conflict toward resolution.

2. Love people more than opinions.
Do you know anyone who does the opposite? How much conflict does he or she experience in life? It’s my belief that anyone who loves his opinions more than his friends will defend his opinions and destroy his friends. Focus on the relationship over and above the issue, and you’ll keep the lines of communication open.

3. Give others the benefit of the doubt.
I’ve often said that to handle yourself, you should use your head. But to handle others, you should use your heart. It’s natural to do the opposite: To let ourselves off the hook while we demand perfection from others. Assume right motives from the person you’re in conflict with. This defuses defensiveness and allows you both to focus on solving the problem at hand.

4. Learn to be flexible.
Thomas Jefferson famously said, “In matters of principle, stand like a rock. In matters of taste, swim with the current.” Ask yourself two important questions: “Does this really make a difference?” and “Will I care about this tomorrow?” If you answer “no,” then perhaps you can compromise on your position.

5. Provide an escape hatch for the other person in the conflict.
Years ago, in their policy for dealing with angry customers, Enterprise Car Rentals urged staff to “never let the customer lose face.” It’s tempting in a conflict to try to argue the other person into a corner, to try to force them to agree with you. But it’s more realistic and effective to gently persuade them, so they can compromise without feeling like they’ve lost.

7. Don’t overreact.
When conflict arises, it’s important to keep it in perspective and react appropriately. How big of an issue is it, really? Does your reaction match it in intensity? If not, then you might be responding to an underlying issue or something from your past. I believe that when my response is more intense than the issue at hand, then my response is often about something else. That’s something I need to resolve with myself.

8. Don’t become defensive.
Contrary to how it makes us feel, most conflict is not directly about us. Instead, it’s a problem to be solved by two or more people. Avoid the blame game, and you’ll have a clearer head for approaching the problem logically.

9. Welcome the conflict.
In spite of our best efforts, we will all have conflict with other people, because they’re not just like us. They have different personalities, beliefs, and desires, so there will be disagreements and misunderstandings. Rather than running from conflict, or reacting with horror when it comes up, focus on resolving it together and making it a learning experience. It’s been said that conflict can give you either ulcers or understanding.

10. Take a risk.
This is the hardest part. When faced with the potential for conflict, we may be tempted to disconnect and distrust. We think that will avoid pain. But the reality is that everyone in relationship gets hurt. I made the decision a long time ago that I would rather risk being hurt than keep people at a distance. So I choose every day to be vulnerable with others, to believe the best about them, and trust them.

Conflict is an inevitable part of life. And these ten commandments aren’t all that can be said about handling it. But following them will help you approach conflict in a healthy and constructive way, setting the stage to work together to find a resolution that allows both of you to win.