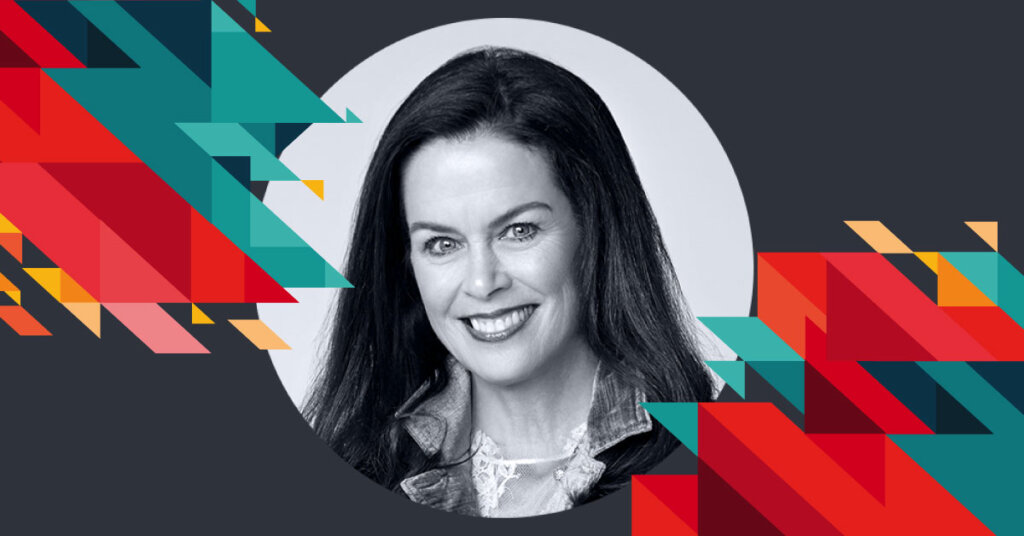 In this month’s edition of the Executive Circle, we learned about one executive’s experience witnessing how solid leadership strategies find themselves proven in the real world.

Kimberly Inskeep, President and Chief Culture Officer for cabi Clothing, previously worked for years in finance and management consulting for stalwart brands like Norwest Corporation (now Wells Fargo) and watched how companies that ignored effective leadership floundered, while those that broke from traditional thinking were able to thrive and grow. It’s why she was able to help launch her current venture, an innovative and highly successful fashion icon with no previous experience in that industry.

Kimberly shared with us what works in leadership and what doesn’t. It boils down to a direct correlation between the trust that people have in their senior leadership and their willingness to be open to new ideas. She highlighted how her experience as a consultant showed her how hard it was to affect change in an organization where culture and systems were already firmly set in place by the leaders within that organization.

“Once that was set, it was difficult to right the ship,” Kimberly said. “With a new leadership team, it could happen, but of course it would come with a significant amount of difficult choices. For the rare companies where these initiatives were successful, the leadership had been highly intentional about their vision and their culture from the beginning. They had decided early on who they were, what they stood for, and what they would and wouldn’t allow in their community and culture. What I learned was that if these important ideas could be implemented and lived by consistently, you would see some fun and amazingly productive companies, even during challenging times.”

Kimberly defined the “why” behind cabi with a concept known as the “game theory.” Game theory offers two options: finite or infinite. The finite approach is one seen often in business, with fixed rules and agreed upon objectives. It’s all about dealing with the immediate threat posed by competitors. But the infinite option takes a longer view.

“I’ve always believed in the infinite game,” shared Kimberly. “I find most people get impatient and they give up just before a major breakthrough. But if you’re in there for the infinite game, you understand that you’re not playing against your competitors. You’re playing to keep the game going. You’re playing collaboratively and you’re willing to expose your liabilities and focus on your strengths. Finite players (competitors) will drop out when they get frustrated by focusing on the failure of not achieving their short-term objectives. But the infinite players keep the game going, always in pursuit of the why behind what they’re doing. This means waking up every day and asking: ‘Okay, how do I make our products look better? How do I take care of our clients? How do I advance my why more efficiently, meaningfully and productively today than I did yesterday?’”

Kimberly went on to define the infinite game underpinning cabi. “Our infinite game is not all about clothing; it’s about relationships,” she said. “I like to call it the purpose behind the purpose. We believe we’re part of a human project and we deeply believe that people have a longing for authentic and meaningful connections.”

Kimberly outlined how we’re are actually wired as human beings to perform better when we have a personal connection with others. “We knew that as a sales organization selling clothing, we would have to attract people by focusing on relationship and serving others rather than selling for its own sake,” Kimberly stated. “Our company creed is ‘affecting lives through relationships’ and this has become the foundation of our infinite game.”

Kimberly explained that the third and final component that drives cabi’s culture is a mindset of growth. She cited the work of Carol Dweck that clarifies a growth mindset versus a fixed mindset, and ideas of Peter Senge that the growth of a company is connected to the growth of its individuals.

“If you don’t have a growth mindset, if you don’t believe that you can truly change, then that will be reflected in your ability to succeed,” stated Kimberly. “We as a company now all embrace and live by the fact that we are continually growing.”

Just like cabi, every organization has unique principles that shape its vision, leadership and culture. That’s why The John Maxwell offers private workshops that are tailored to your team’s needs. Click here to learn more about our on-site workshop programs.